Recent LGA research into speeding up housing build rates struck a particular chord with me. And two points in particular.

Firstly, it called for an end to binary arguments on whose fault delays are. Councils and Developers frequently blame each other and clearly that is the easiest way to grab a headline or soundbite.

The reality is that from initial identification of some land by a prospective developer to the occupant moving into a new home an absolute myriad of steps is involved. And a myriad of expertise of a wide variety of players. The joining up of all the dots is at least as important as the dots themselves. No one person can be ‘expert’ at more than a few tasks.  The process, while not completely linear, is very tortuous. There is a long critical path, where one slip can bring the whole exercise to a grinding halt. 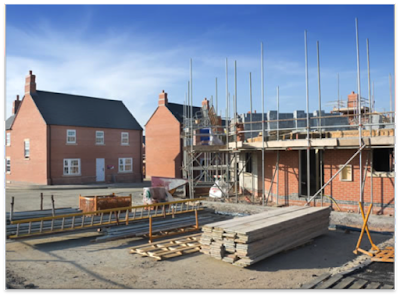 So lets have less confrontation and more negotiation (incidentally Landmark Planning’s strap line!)
Secondly, the conclusion of the press release for the research document, calls for greater Planning Officer control.

In that it meant "empowering officers so that they are not just ‘post boxes’ for other views but have the capacity and capability to add value”.

A massive round of applause to that. How frequently are applicants in the position where they have to satisfy every requirement of all the consultees? It means designing down to the lowest common denominator, which is a complete recipe for dumbed down design and mediocrity.

As a very good friend, a Council Planning Officer, said to me recently on a major housing scheme we are negotiating. Here we are with the highway authority imposing their standards on us, which compromise the design. We, as Planners, consult everyone, but how much does everyone else in setting their standards? They just impose their views on the Planners.

So go on Councils, empower your Planning officers to actually use their training and strike balanced judgements. You never know, we might help get better houses built out quicker. And wouldn't that please the Government.
Posted by Landmark Planning at 14:49 No comments:


John worked with Landmark Planning for a while after he left the City Council to provide some suitable gravitas to a young company.

The families intention is to hold a private funeral service for family and close friends, but to hopefully arrange a memorial service in Leicester Cathedral in October. This is when all his many collaborators will be invited to remember a great Planner.

Sincere condolences to Alwyne and all their family.

Posted by Landmark Planning at 14:29 No comments: