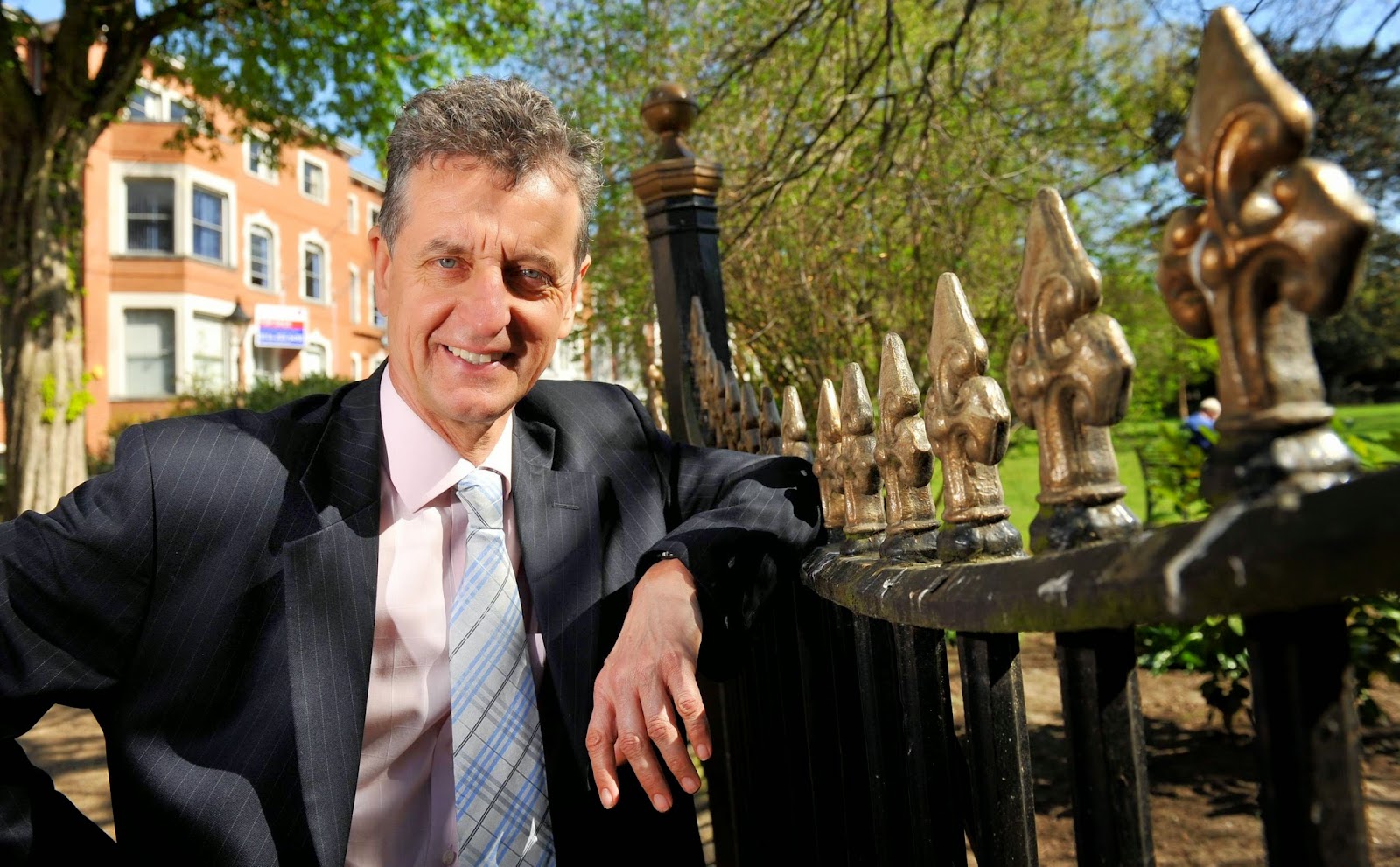 Something to be published in Spectrum Magazine soon.

Well not literally, but after 500 plus years he is certainly getting a good airing.

Discovered under a car parking space marked "R" you perhaps could be surprised its taken over 500 years to find him again. However, found he was and it did take that time.

Last medieval king, last English king killed in battle and arguably our most controversial king as well. You have to say that finding him in Leicester is a result for the City.

In just over the two years since he was found, Leicester has fought off the claims of York to be his final resting place and geared itself up to honouring him in major ceremonies next March. That the Archbishops of both Canterbury and Westminster (Heads of the Church of England and Rome respectively) in this country will be in attendance speaks volumes for his importance.

Leicester City Council has moved incredibly rapidly in public procurement terms (including the acquisition of the building opposite the Cathedral on St Martins) to already have up and running a permanent visitor centre. I was lucky enough to have both visited it and been given an insiders talk by the architects Maber Associates and contractors Morgan Sindall.

What is my view?  The centre is really impressive and of least national standard. It is well worth a 2 hour visit, either in its own right or as part of a day or weekend out in the City. The centre very ably presents the key aspects of the story from the historical context of his life to the different ways he is remembered since his death. The exhibition also tells the story of his discovery including, of course, the science. The latter using another of Leicester's more recent and famous discoveries involved the distillation of the DNA. Hearing about the formation of the Centre from the insiders definitely enhanced the whole experience for me in explaining some of the design cues. For example: to replicate the crypt location where he was found (and now incorporated into the centre) the design reduces the temperature in that area. The ceiling is also lowered, so you are 'encouraged' to bow your head to honour the king, where a skeleton like hologram rests in the original grave. 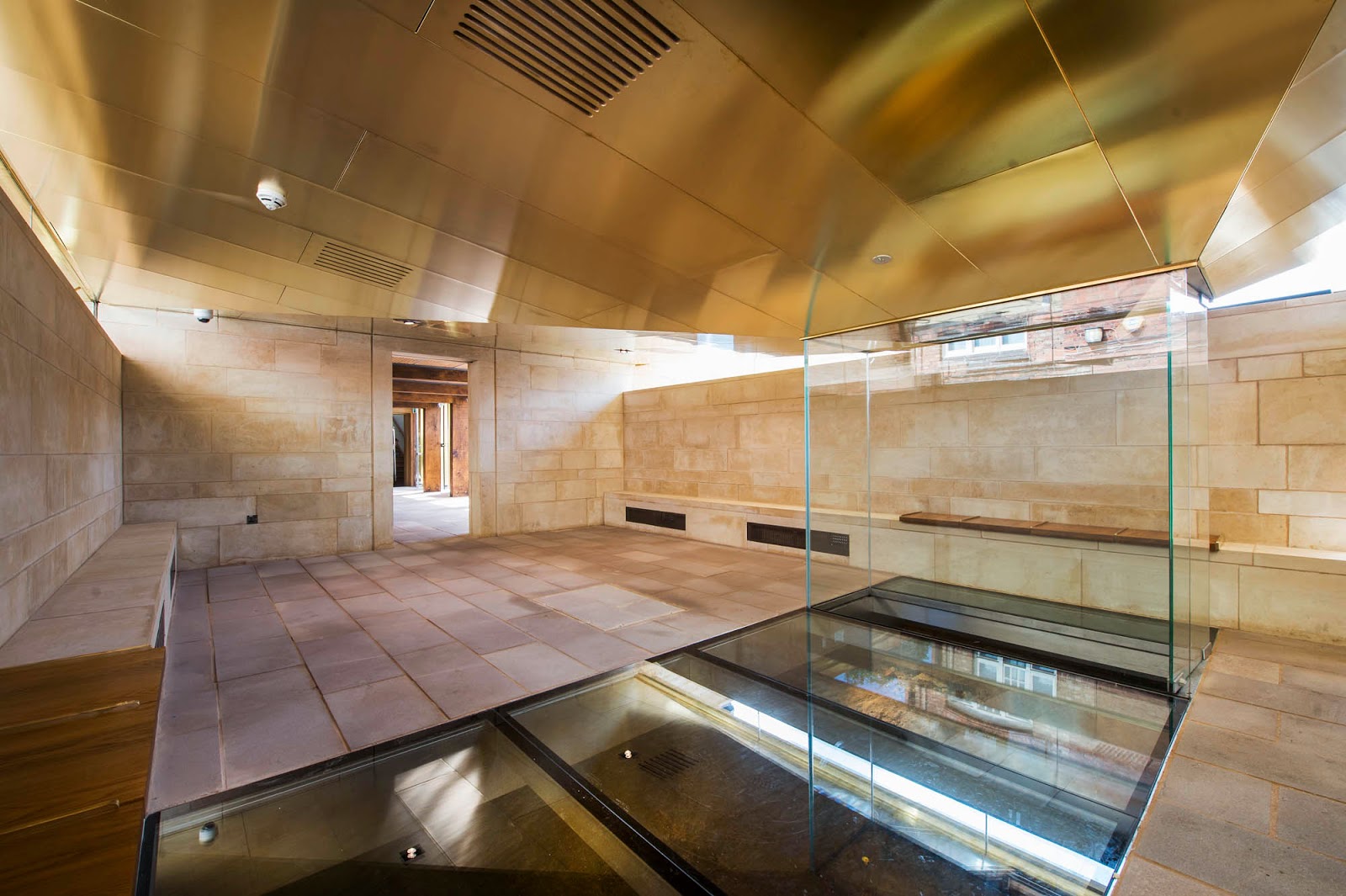 The building is a pleasure to walk around as a little oasis in the heart of a bustling City, where one can also sit and have a coffee or lunch in a very pleasant ambience.

Outside a whole new Cathedral Square has been created, containing the relocated Richard III statue. This part of the City is being transformed wholly for the good.

But you would not expect me to write this review without some 'professional' critical points. So here goes. The legibility of the entrance to the centre is poor and at the time of writing the signage is virtually non existent. I can't believe this won't be addressed very quickly. Inside the Centre the courtyard is completely hard surfaced. Original designs I saw used grass (ideally artificial?), which would have calmed the space much better in my opinion and is a very effective solution, used in other high usage locations in the City.

But really ignore the carping, don’t even think about not visiting. It is for the whole family. And from a professional planning point of view form your own opinion on how it has honoured a former king and how it is and how it will transform another quarter of the City centre.
Posted by Landmark Planning at 08:49 No comments: