The recent approval of 41 dwellings and a doctors surgery in Husbands Bosworth by Harborough Planning Committee represents one of most satisfying professional achievements of my career. 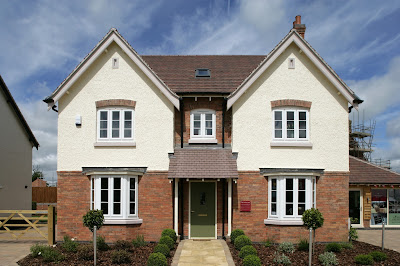 The story started over a year ago when Davidsons Developments commissioned Landmark Planning to promote a development of 28 dwellings to the south of the village. The location was outside the village envelope with great views southwards over open countryside.

Following extensive public consultation it became apparent that was a pressing need in the village to secure the future of the doctor's surgery, which is housed in a totally inadequate building.

Working with the community and all the other stakeholders we managed to come up with a proposal where the developers would make a very substantial contribution and build a state of the art medical facility. It involved increasing the number of houses to 41. The housing mix provided a limited affordable housing contribution in the form of two bungalows, as well as a number of starter units for either market rent or for owner occupation. The doctors also made a substantial financial contribution to secure the future of this rural surgery.

Promoting this radically changed proposal through the planning application now became a pleasure. All the background work with all the stakeholders from the NHS Care Commissioning Group to the Parish Council, the planning officers and both political parties represented on the Council paid off. Absolutely no objections were received to the application, which is a pretty rare occurrence in this day and age! A win win for everyone. "Negotiation not Confrontation" the companies strap line, certainly held true on this one.

Now the challenge comes in getting the S106 signed as soon as possible.  Then a detailed application can be submitted so work on site can actually begin. I cant wait to see the end result.

Peter Wilkinson
Posted by Landmark Planning at 08:44 No comments: