Historically Town Planning was associated with the visionary development of places and spaces from new towns in the medieval period (Market Harborough) through the industrial revolution (Saltaire) to those of the 1950's and '60s (Milton Keynes). In terms of spaces I don’t think anyone would question the quality of John Nash's Regent Street. But this progressive nature of town planning has largely been lost in the latter part of the twentieth century. It is now often replaced by a regulatory and bureaucratic regime that frustrates both developers and objectors in roughly equal measures. The flair has gone out of town planning. 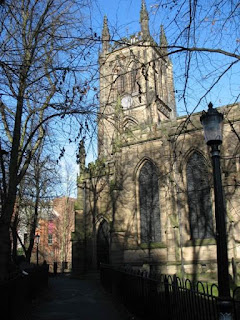 In my opinion over the last few years Leicester has started to readdress this balance, but  in a way that is more sympathetic to the existing urban fabric than much of Konrad Smigielski's plans of the 1960's. The "Connecting Leicester" project, for example, has, and is, substantially improving much of the City centre. The De Montfort campus has been transformed; the restoration of buildings such as the Great Hall and City Hall are a delight; and, the Highcross Centre is a first class example of modern facilities integrated into an existing urban fabric. 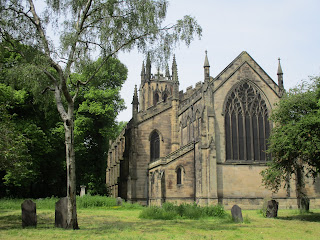 As with progress everywhere one is never going to agree with every proposal. I certainly don't. At first I was very unsure about the proposals to transform the context of Lutyen's War Memorial on Victoria Park. Now it has been implemented, I can see that, in say 10 years, there is every possibility that it could be another special place. For sure our City Fathers will not get it right every time, but at the moment I think their win loss record is at least as good as Alex Ferguson's (65%) and he is widely acknowledged as the most successful Premier League Manager of all time with 13 league titles.

And for me this transmits to the current debate about St Georges Churchyard, including the loss of 21 trees. Public comment has been almost universally negative. At the very least we should give the City Council the benefit of the doubt; given their recent track record. In time I am also very confident that their approach to opening up this dark and dank space will be seen as another positive contribution to the City. If anything, I think, the opposition has caused them to scale back their plans with the removal of less trees than originally proposed. I would have been more positive; further opened up the space; and, removed more of the trees; especially those that are somewhat misshapen and becoming overly mature.

Lets see the works undertaken and ask those who are constantly carping to refrain until the works are undertaken. In my opinion the City has another winner on its hands and it could be another fine example of positive town planning in Leicester.
Posted by Landmark Planning at 15:13 No comments: